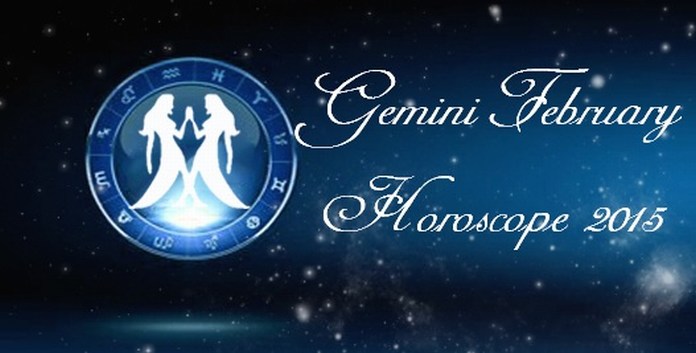 As per the February horoscope for Gemini sun sign, this month will be quite interesting and smooth too. It will be a blend of time consisting of something positive and something with certain problems.

This month predicts quite a nice time for people born under Gemini sun sign as far as their work is concerned. If you are into business then stars predict it to be quite a supportive month for you as you will enjoy great support from your employees which will enhance the performance of your company. If you are in job then you are also expected to be surprised with good support from your colleagues and coworkers which will again lead to better performance. It is the time to focus on your efforts and plans. It is the time to make developmental plans. Do not get carried away by what your competitors are up to rather just concentrate on your work. Your career will be smooth and easy. Just keep doing good work and keep your focus on your goals. You will surely be able to meet all of them if you work hard. Professionally, it is quite a positive month for you.

Talking about your love relationships and marriage, the first 10 days of February 2015 can bring a negative outcome, so make sure that you thing before acting and reacting. Your spouse will not be in a good mood and hence it is important that you avoid serious discussions at this point. You will have to be very patient with your partner. Avoid arguments and surrender as and when you can or else it can lead to troubles. To pass this period with minimum losses, you must stay attentive and patient.

As far as your personal and social life is concerned, it will all be good. You will enjoy smooth bonding with your relatives but make sure that you don’t disappoint them in any way as there is a possibility that your life will get complicated because of trivial issues. All you need in this month is some calmness to keep your mood on track.

Overall it will be quite a smooth month for you with nothing major to worry about. You need to think before you act. You need to be patient, calm and composed with your partner, friends and relatives to keep things on the track. Just play smart and make the best use of your diplomatic behavior to survive in this situation without falling for complications.

Leo February Horoscope 2015
The February horoscope 2015 for Leos predicts that this month you will experience lots of changes happening in your life, changes for good.

Taurus February Horoscope 2015
There is no doubt in stating that Taurus zodiac sign is predicted to be the happiest and luckiest of all the sun signs as far as the month of February 2015 is concerned.