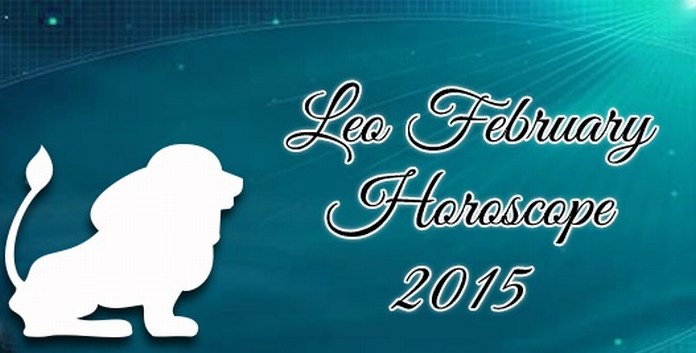 The February horoscope 2015 for Leos predicts that this month you will experience lots of changes happening in your life, changes for good. Though there will not be very big changes but lots of small but important changes. People born under this sun sign will experience a great time as things will start falling in place. It doesn’t mean that you don’t have to work to get what you want but it means that your hard work will materialize and the planetary positions will support you in getting what you desire.

On the professional front, it is going to be a good month. If you are having a business then February 2015 is the time to make changes to your business which was pending since long. You can go for modernization or expansion. The only area of concern while doing so is picking the right employees for your organization and keep strong track of every step of expansion or modernization. This will keep you well aware of the happenings. You need to understand that technical skill is not the only thing when it comes to hiring an employee. You need dedicated and promising workers. There are no financial risks or money issues, so there are no major worries.

If you are in some job then it is the time to take up new responsibilities. Because of this promptness, you may end up winning some new position in the company. So it is the time to impress everyone with your actions. Keep doing good work as you cannot afford to sit idle. Bring in new ideas and increase your potential and you will have lots to conquer. Your career is on the right track.

The February horoscope for Leos suggests that everything will go smooth and easy in your married life if you try and avoid conflicts with your spouse. Your love relationship is expected to be influenced by certain planetary equations which will try and make it a conflicting situation for you. To avoid that you must stay calm. Your partner might ask you to learn something new or pick up his or her hobby. You are advised not to rush. Just go with it when you feel strongly about it otherwise it will bring no good to your bond of love.

Talking about your personal relationships and social connections, you may experience some tension with your friends. Things might not go the way you want but you need to keep patience as this is a very small phase which will soon end and things will resume back to normal. You need to show good behavior and act in a mature manner so that situation doesn’t go out of hands.

Overall it is quite a great month which will bring beautiful changes to your life. All you are required to do is be patient. Your money matters will be smooth and there are no such worries when it comes to monetary funds. Your health will be good. Keep exercising and eating good food.

Gemini February Horoscope 2015
As per the February horoscope for Gemini sun sign, this month will be quite interesting and smooth too. It will be a blend of time consisting of something positive and something with certain problems.

Taurus February Horoscope 2015
There is no doubt in stating that Taurus zodiac sign is predicted to be the happiest and luckiest of all the sun signs as far as the month of February 2015 is concerned.