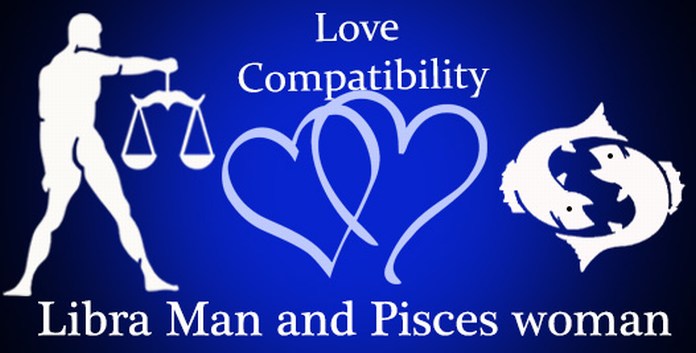 Bonding between the Libra man and Pisces woman is totally based on the level of adjustments they are ready to make for each other. Though there will romance and intimacy in the relationship but there will also be conflicts and arguments.

How Compatible are Libra Man and Pisces Woman?

Libra man and Pisces woman don’t fall in love that easily as their love nature is too different. At every stage of their relation, they will have to make compromises and adjustments so that they can manage the turbulences. They surely have lots of things in common and lots of traits which are complementing which can help them make their relation a success. The love and romance in this relationship brings peace and comfort. It makes their bonding more intimate. Libra man doesn’t like hurting his woman and feels guilty every time he hurts her.

Both these sun signs are intelligent and smart. Both the partners crave for harmony in their relation and work together to keep their relation away from conflicts and confusions. If there is a fight and is not resolved then Libra man may simply walk away and may never come back. Hence, the couple must try and resolve their fights to avoid such experiences. With time, the couple may face more problems surrounding their relation which may make it more difficult to survive.

Marriage between Libra man and Pisces woman can work out well as both the Zodiac signs are calm and mature to deal with the problems and strengthen their relationship. Though it is a known face that both the partners are very different from each other but they also love and respect each other. Their love can motivate them to resolve problems which they face in their relation thereby putting an end to all the insecurities. For this they need to communicate their feelings to each other and restrict themselves from over-reacting to situations. The marriage between the couple can surely work out but they will have to face constant problems due their different natures.

Libra man and Pisces Woman are amazing sexual partners. Their sexual life is fully loaded with lots of romance and tenderness. Their sexual intimacy helps them get over all the differences and fights which sometimes creates discord in their relationship. Pisces woman finds every bit of romance in her Libra man for which she has been craving all her life. He knows what she wants and makes sure that he fulfils all her sexual demands. This physical intimacy adds harmony and peace to their relationship giving the couple pleasure. Their emotional involvement makes their relation stronger and more beautiful. For them sex is not just expression of love for each other but it is also a medium to resolve their issues and strike the perfect harmony for which they keep striving.

Pisces woman is a selfless being who is always ready to help others. Her compassionate and empathizing nature makes her more lovable. She is very sensitive and caring. If something goes wrong somewhere, she gets affected very easily and deeply. She is a kind woman who treats everyone with respect. She is very innovative and imaginative as she has the power to create something new and interesting.

How to Impress a Pisces Woman

Romance is very important to a Pisces woman. Though you may find her a little old-fashioned but that’s the way she is and you must impress her like that. She loves men who talk a lot. She respects those who have the courage of revealing their true feelings and speaking their heart out. So if you want to impress her, say what your heart says. But remember, liars disappoint her. She demands manners from men as etiquettes are essential to very human being. So don’t forget to open the door for her when you take her out the next time.

Recommendations for Libra for Better Compatibility

Know what points you need to keep in mind so that you can strike better compatibility with her: